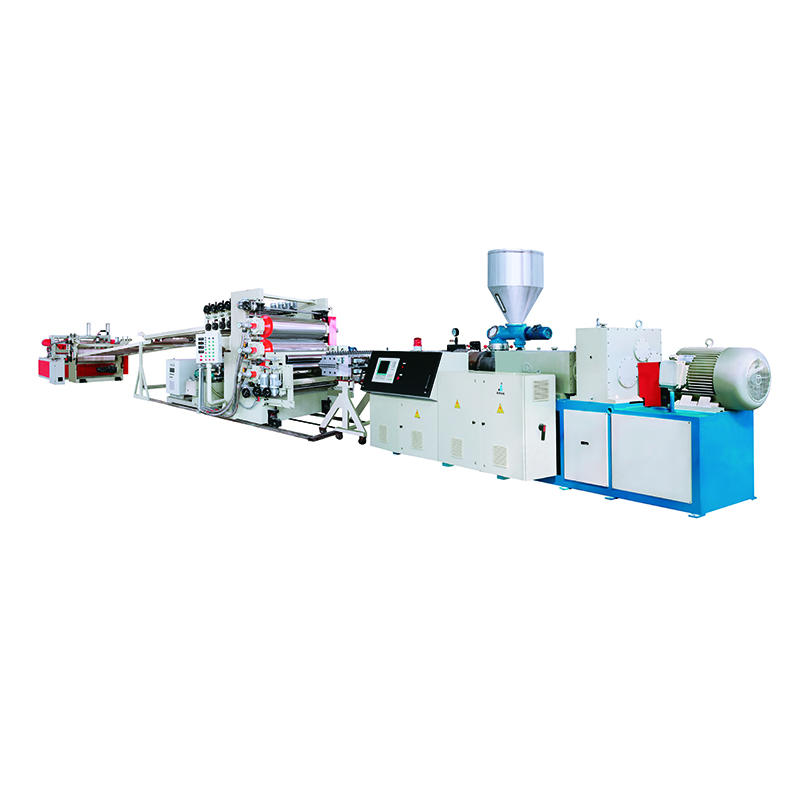 It is suitable for the production of all kinds of transparent, semi-transparent and highly filling Rigid PVC plastic packing sheet.product thickness:0.06–1.2mm


Send email to us

According to the forming state of coextrusion material

Compared with the traditional FCE technology, the post coextrusion technology has the advantages of simple process, flexible application, low scrap rate, easy recovery and controllable adhesive strength. At present, the technology is mainly used in the manufacture of profile with sealing strip for doors and windows.

The traditional extrusion technology of pre coextrusion plastic profile is one-step forming technology. Melt materials with different rheological behaviors or colors are extruded from more than two extruders to the same forming die. These melts flow in their respective channels in the forming die, and then converge at the die for extrusion, and then vacuum in the setting sleeve to cool and set.

Write your message here and send it to us